A 10-year-old Texan has garnered national attention for developing a mobile app to increase recycling in his community. 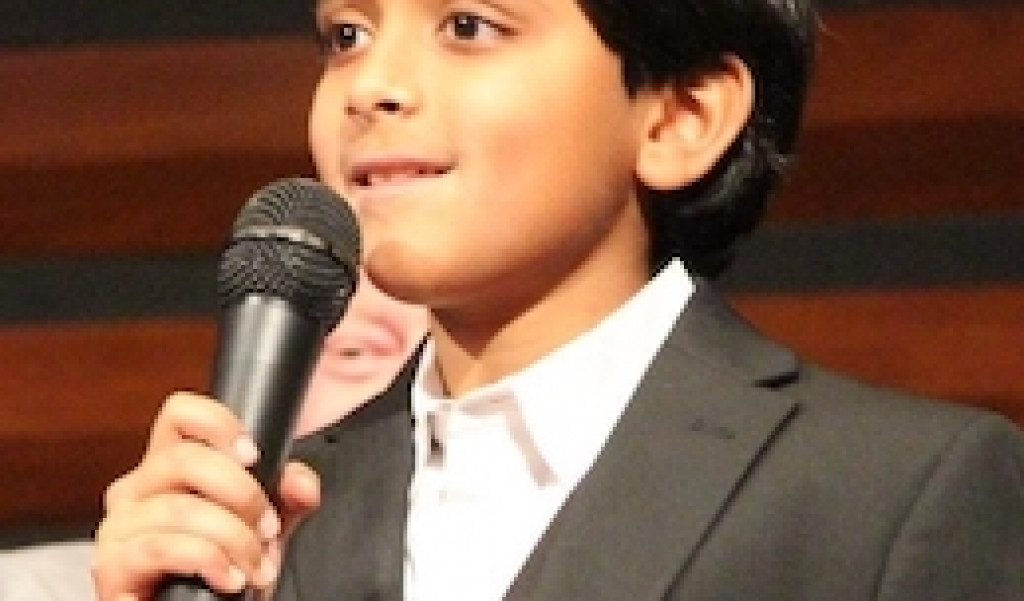 We caught up with Prince’s mother, Lalitha, during Earth Week to learn more about Prince’s project.

Q: How did Prince learn about EPA's the President's Environmental Youth Award? What inspired him to participate?

A: Prince has basically been into environmental projects since he was seven years old. He won an Action for Nature, International Eco-Hero Award for another project called Grrobot, a remote farming robot for farmers. The Frisco mayor gave a proclamation to Prince for this. He did videos on bioplastics and water saving on his YouTube channel. University of North Texas offered full scholarship.

Prince recently participated in an event called First Lego League, which is a robotics competition with the theme “City Shapers.” During this project, Prince got inspired by the concept of how cities plan recycling efforts and how much it impacts the planet. He then started researching more and learned how to write code to build his own app from scratch with ideas to do better waste management.

Prince really loves science and naturally looks for ways that science can be used to protect the environment. While he was doing his research, he opened EPA.gov and through those links, he learned about the PEYA award and applied for it. This is his third attempt. He has been submitting different projects since he was seven years old. He wanted to share his ideas with the right people so that it would, in turn, help the planet. I guess the third time is a charm!

Q: How does the app work? What does Prince hope it will accomplish?

A: Prince created many environment-related videos on his YouTube channel and developed many different apps. One of his recent projects related to recycling was his inspiration. He then researched about waste management a lot and started building his own mobile app. The app helps people reduce waste, suggests ways to reuse different products, and also scans a QR/ bar code of a product to suggest recyclability. Many people in our community expressed through a survey that they were confused about what to recycle and what not to. This app helps them to better manage waste.

As of now, the app is only accessible to a select group of people, like the EPA. To go live takes time as it needs infrastructure and planning. Prince wants it to be free for everyone and not a commercial app.

Q: Would you like to thank anyone who helped make this project a success?

We love science. Being a science author and researcher myself, we do a lot of fun projects and experiments at home together. His father is a technology enthusiast, so he learns coding from him. Prince loves to spend time learning new things, and he is extremely curious. He wants to bring positive influence and become helpful to the people and the planet.

Q: Do you have any tips for other participants who would like to participate next year?

A: If you have an idea that you think will help the environment, big or small, please submit it to PEYA for consideration. It is a very good platform to bring your ideas to life and thus help our planet.
Prince offered his own advice on doing our part to take care of the environment: "Every ounce counts—every bit of plastic and hazardous waste we produce harms the planet. So we need better waste management. Hence the 3R project."

Our responsibility to sort recycling is crucial to its success. To learn how to recycle where you live, consult with your city or county government, as recycling programs vary by region.

For more help with recycling, check out the following Take Care of Texas resources: