Have you spent the winter daydreaming about your ideal yard?

With the arrival of spring and perfect gardening weather, it’s finally time to stop imagining it and start working on it. This year, when deciding which plants to include in your landscape, ensure that you don’t select any invasive species. Some plants that look lovely in your garden can escape into natural areas, negatively impacting ecosystems and our economy. Keep reading to learn how to protect Texas from these problematic invaders.

What are Invasive Species? 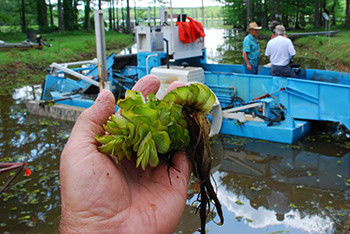 Invasive species are plants, insects, or animals that are not native to a particular ecosystem and whose introduction can harm the economy, the environment, or human health. Invasives spread rapidly, become established over large areas, and persist in their new environment. Normally, natural predators, competitors, diseases, and environmental conditions regulate populations of plants, insects, and animals. But when a species is introduced into a new ecosystem, these controls may not exist.

You may see invasive species referred to as introduced, non-native, exotic, alien, or non-indigenous species. These names do not accurately describe invasives because not all non-native species are invasive. In fact, most introduced species do not survive, and only about 15 percent of those that do go on to become invasive or harmful.

Why are Invasive Species a Problem? 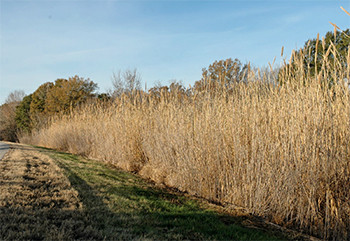 Invasive species can take over ecosystems, diminish the productive capacity of agricultural lands, and degrade recreation areas. Plus, it’s expensive to stop them from spreading. Over the past several years, the rate of introduction of invasive plants has risen significantly. To date, more than 800 aquatic and terrestrial species have invaded Texas, and experts predict the trend will continue to increase.

If you love Texas’ beautiful countryside, spend time in the outdoors, or are in a business that depends on healthy natural resources, invasive species impact you. These invaders take over large areas of land and water. They threaten the survival of native plants and animals, decreasing the biodiversity that makes Texas so unique. For example, elephant ears, or Colocasia antiquorum, is cultivated and sold as an ornamental landscape plant. However, when this species escapes to the wild, it grows thickly  along lakes and rivers where it completely eliminates native plant species.

People, often accidentally, transport invasive species into new areas on boats, vehicles, argo ships, airplanes—even their own bodies. It is very expensive to prevent, monitor, and control the spread of invasives. They damage crops, fisheries, forests, and other vital resources. Invasives cost the US $137 billion annually, with some of the most harmful species costing over $100 million annually. Existing impacts in Texas are more than one billion dollars per year.

How can Gardeners Stop the Spread of Invasive Species? 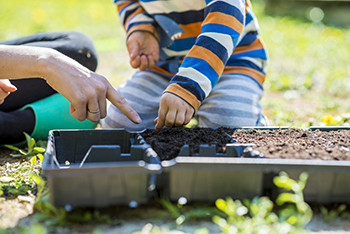