Calculating Your Potential for Rainwater Harvest

Rainwater is a superior option over municipal sources for watering plants such as trees, garden crops, flowers, and turf grass. It is surprisingly cheap and easy to collect rainwater from your roof to supplement natural irrigation, which will save you money and reduce your use of the limited resource that is water. You can supplement your water needs between rain events, leave water for wildlife, and even wash your car with it.

To appreciate the full potential for water savings, let’s dive into the basic math of rainwater harvesting. 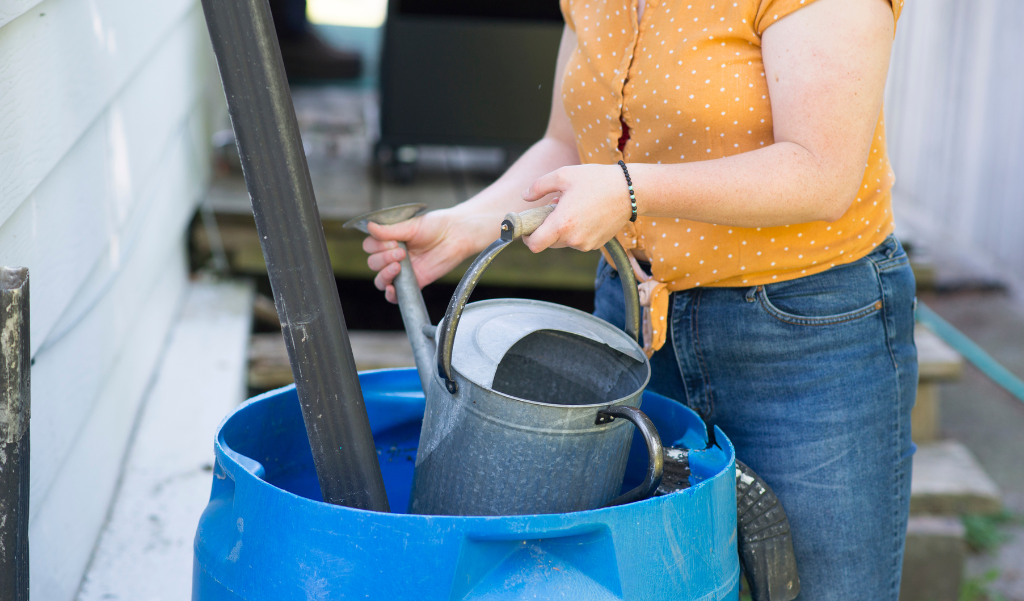 How much rainwater can your house collect?

I’ve written about and promoted the idea of rainwater harvesting for years. I have a confession: I don’t practice it! There are no rain barrels at my house, my lawn is often dry and dead, and the closest I ever get to having a green thumb is when I dip too enthusiastically and get guacamole on my fingers.

Fortunately, Take Care of Texas publishes a Rainwater Harvesting guide with calculation details to help me understand the process at a deeper level. Start by measuring the perimeter of the roof (sketching the length of each segment can help). Some simple length-times-width calculations will reveal that the area. For example, my house has about 1,400 square feet of living space inside, but the roof includes a covered porch and measures 2,500 square feet of surface. Next apply some data found in the Rainwater Harvesting guide to a simple formula:

The rainfall is in inches, so I can vary this number to reflect the rainfall of a single day, an average month, or even a full year.

The yield rate is a constant number of 0.623 that converts inches of rain to gallons per square foot.

The catchment area is the measured area of any surface you want to collect rainwater, such as a roof, parking lot, or area of land.

The runoff coefficient is how efficient a surface is at collecting water. No surface perfectly collects every single drop. Rooftops are typically 75–95% efficient, so a number between 0.75 and 0.95 would be used in the calculation. Most examples I’ve read use the number 0.85. This is an estimate, so this is where it gets most theoretical.

Using the formula above, I found that a single rainfall event of one inch would yield up to 1,300 gallons of water—if I had gutters and barrels all around my house to collect it. In Austin’s rainiest month of May, my roof could collect over 6,775 gallons. During an average year, that would be nearly 46,000 gallons.

Just for kicks, I applied rainfall data from other regions of the state to see how my house would fare if it was whisked away and plopped down someplace else. If you fill a football field-sized (not including end zones) aquarium with water a foot deep, that will hold 47,000 gallons of water, or a little over one acre-foot. That’s close to my house’s annual rainwater harvesting potential!

A modern toilet uses 1.28 gallons of water per flush, which means my May yield would be enough to offset flushing the toilet nearly 5,300 times. Sometimes you need to flush more than once, right? 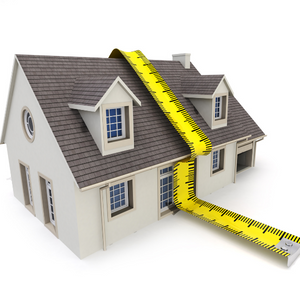 Get outside your house, office building, school, or shed and start measuring to get an idea of your rainwater harvesting potential. Bring a notebook to write down some measurements. If you don’t have an extra-long measuring tape, use a shorter one and add the segments together. You might even get sufficiently accurate measurements by measuring the length of your shoe in inches and walking under the perimeter of the roof heel-to-toe. The number of steps times the length of your shoe, divided by 12, would give you the length of each edge in feet.

Next look up the average rainfall figures for where you are in Texas. The Appendix IV table on page 20 of the Rainwater Harvesting guide will be helpful here. A similar tool for estimating rainfall where you live can be found in figure 4-2 on page 30, and in Appendix B of The Texas Manual on Rainwater Harvesting from the Texas Water Development Board.