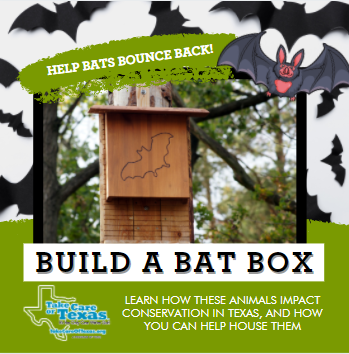 While Take Care of Texas focuses on how humans can take action to protect our state, native wildlife also play an essential role in Texas environmental conservation. In celebration of National Bat Appreciation Day on April 17, here are some ways you can help our black-winged neighbors, especially after thousands of bats were harmed or killed by winter storm Uri.

Bats vacation in Mexico for the warmer winters there before migrating to Texas around February, spending most of their time here in caves and trees. However, they also commonly roost in man-made structures like bridges, buildings, and even abandoned houses. Another way that we Texans can make them feel at home is a comfy bat box where they can reside, safe from predators and the elements!

What are Bat Boxes? 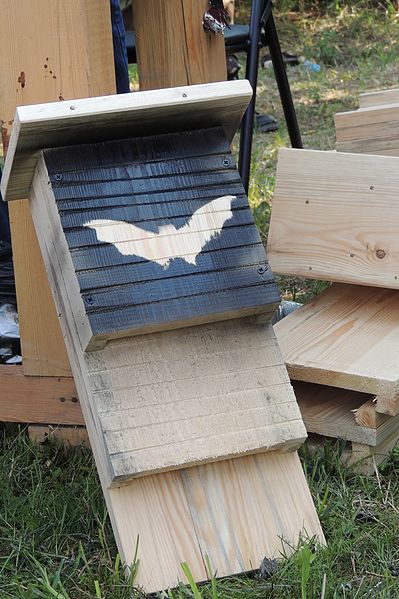 Bat boxes are like birdhouses, just for bats! Also known as bat houses, they come in all shapes and sizes ranging from high-end premade models to do-it-yourself plans. These boxes provide a slim design mimicking the space between bark and a tree trunk, a bat’s ideal nursery.

Here are a couple of resources from The National Wildlife Federation’s How to Build a Bat House and Bat Conservation International’s Bat House which offer step-by-step plans and tips to build a bat box of your own.

The ideal location for your bat box:

Nested in the eaves of roofs and buildings or secured to tall poles are all common locations for bat boxes.

Here is a video from Bat Conservation International with more tips on What to do with your bat house: 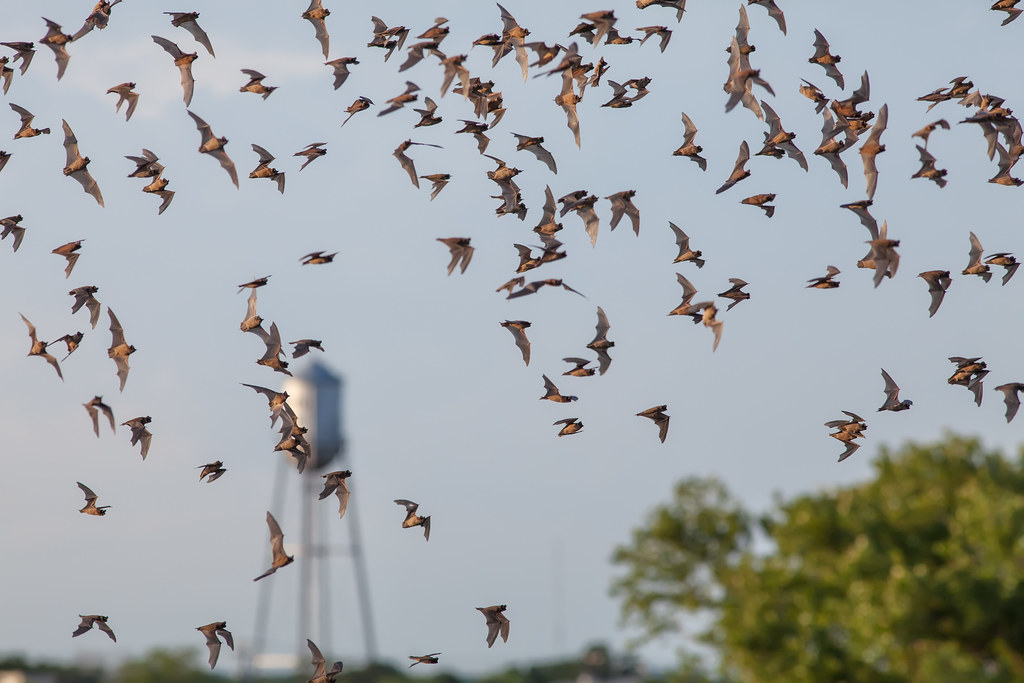 According to Texas Parks and Wildlife Department, “Texas happens to be the battiest state in the country. It is home to 32 of the 47 species of bats found in the United States. Not only does it hold the distinction of having the most kinds of bats, it also boasts the largest known bat colony in the world: Bracken Cave Preserve, near San Antonio, and the largest urban bat colony, Congress Avenue Bridge, in Austin.”

The Mexican free-tailed bats, our state’s official flying mammal, are the most common bat found throughout Texas. All bats play essential roles in conservation in a variety of ways.

“If you happen to find a bat on the ground, DO NOT TOUCH IT! For the safety of the bats and yourself, give the bat space and avoid contact. The bat could be a youngster learning to fly or an ill bat. Wild animals may bite when threatened. Bats, like other mammals, can contract rabies, but the vast majority do not. Please never touch or handle a bat. Notify the site’s manager or volunteer or call a local animal control office.”—Texas Parks and Wildlife Department

Below are some additional resources about bats in Texas.

It’s important that we Take Care of Texas, and this includes taking care of each other as well as the plants and animals that take care of us! Explore more on our website to learn how you can do your part.