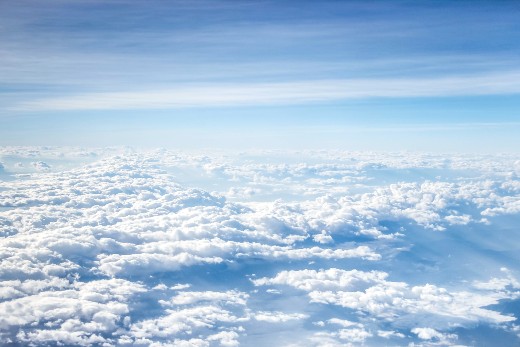 Odds are, if you were around in the ’80s and ’90s, you probably heard about the depletion of the ozone layer. You might even remember your favorite brand of hairspray being pulled from the shelves in the name of saving the ozone. The hole in the ozone was the stuff of dystopian thrillers and was seen across the globe as an international crisis. However, in 2021, the crisis seems to have disappeared from the public eye. This left a lot of people asking themselves, “What ever happened with the ozone layer?”

The answer is almost as shocking as the problem itself. We fixed it! Well, just about. As a human population, we banded together to stop this environmental crisis in its tracks by implementing the Montréal Protocol on September 16, 1987. It was the first treaty to be ratified by every country in the world. The story serves as a model for international cooperation and now, 34 years later, shows how powerful science-led policies can be.

Why is the Ozone Layer Such a Big Deal?

The layer of ozone in our upper atmosphere performs a wide variety of services to protect our planet. This tiny layer of molecules absorbs ultraviolet rays from the sun and blocks a large amount of radiation from Earth’s surface. This is why the ozone layer is often called “the Earth’s sunscreen.” Thanks to the Montréal Protocol, the U.S. Department of State estimates that we prevented 45 million cases of cataracts, 280 million cases of skin cancer, and 1.6 million skin cancer deaths in the U.S. from happening in this century.

How Was the Hole Discovered?

In 1974, a study by Mario Molina, a postdoctoral student at the University of California, Irvine, shocked the international scientific community. He developed a model showing how very popular chemicals called chlorofluorocarbons (CFCs) had the potential to break down ozone molecules in the atmosphere and deplete the ozone layer. Scientists soon discovered a gaping hole in the ozone layer, just above Antarctica. They determined the cause was indeed the CFCs that were present in aerosol sprays and refrigerators.

Why Was the Hole Over Antarctica?

Wind patterns move pollutants in our atmosphere from the equator toward the south pole. The strong winds of the polar vortex keep these pollutants trapped in that region so, even now, CFCs from 30 years ago are circling in the air above Antarctica.

How Did the Protocol Work?

Since the treaty was the first of its kind—and the largest in human history—the countries took a unique approach to phasing out CFCs and other dangerous chemicals. Larger and more wealthy countries, like the United States, led the way and aggressively phased out their production and consumption of CFCs. Smaller countries were given a longer period to accomplish this and were able to imitate the success of the larger nations. Producers of CFCs quickly developed alternatives which were less harmful on the ozone layer while still being effective for their consumers

Some consider the Montréal Protocol to be the most successful global agreement ever conducted, environmental or otherwise, because of how universally popular and effective it was. That’s why today, September 16, is celebrated as World Ozone Day. Thanks to this treaty, scientists now predict that the hole in the ozone will be mostly healed by the year 2040, which is good news for us and the planet we live on.